Time For Another Birthday 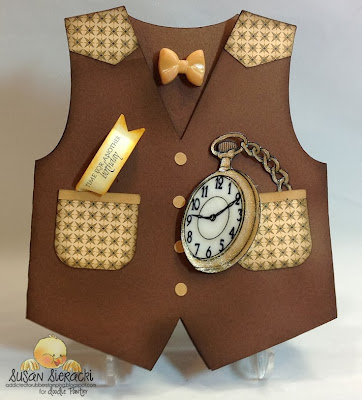 I love this new Doodle Pantry set called Old Watch. It is so versatile and one of the best pocket watch digi stamps I've seen. The waistcoat vest is a free cut file from Bird's Cards. The vest was only connected by a very small piece on the bottom, so I rotated the two sides until I could connect the entire sides together and then welded them. The patches, pockets, trims and buttons were cut using the designer paper from the Old Watch set. All of the pieces were distressed and then glued down, leaving the pockets open at the top. I brought the watch into my Silhouette Cameo and did a trace and then a print and cut. The watch was colored with Copic markers (Y26, Y28) and then I used the Sakura clear glitter pen over the coloring. I then used glossy accents over the entire watch. Because the card stock I used was not very thick, the image did curl when it dried, so I turned it over onto my mat and placed heavy items on top and continued to let it harden fully. I printed the sentiment (from the same set) on white card stock and distressed with more mustard ink from Stampin' Up! I used a square punch to cut the end into a ribbon. I made the bowtie using clear resin (mixed with white acrylic paint) and a rubber mold (Martha Stewart) and then colored with more mustard ink. Here is a picture of the set with all the sentiments shown. 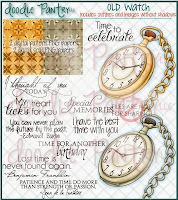 Don't forget to stop back on the 1st for new November's release. I can't tell you what's coming out, but it's another great one!

I am entering this card in the following challenges: 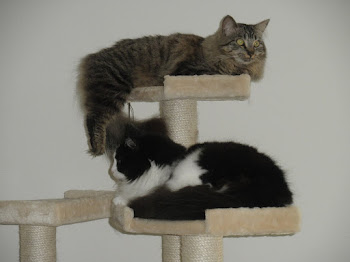 Molly and George
I am the wife of the most incredible husband in the entire world and "mother" to 2 beautiful little furry creatures. I was introduced to rubber stamping in May 2000 by my very best friend Cathy. I have been severely addicted ever since. Although no intervention is needed. I am lucky enough to have a room in my home dedicated to my crafting. My husband likes to tease me that our house leans on that side. He has really made my life so much easier by building me the things I need when I can't seem to find them. He has been incredibly supportive of my "little hobby". 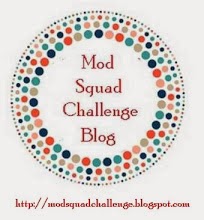